It’s that time again, time for my 3 year upgrade! My computer performance has been a little more sluggish than I would like, so I’ve been watching NewEgg for some deals for a little while and finally bit the bullet.

Shown below is the motherboard that I picked up. 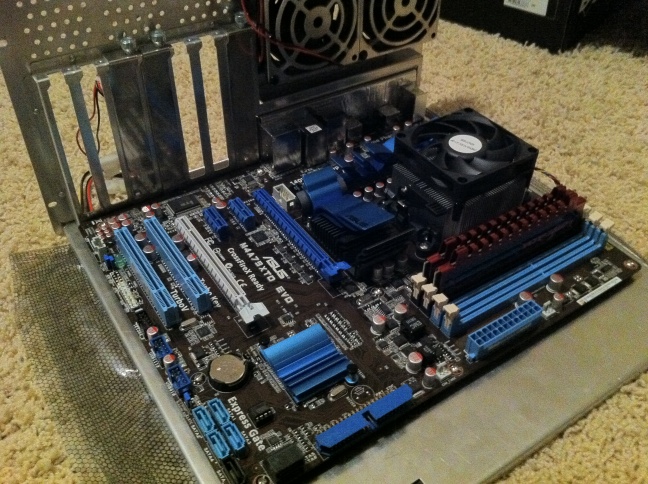 I had a socket AM2 board, but unfortunately my old board did not have a bios update that was compatible with a newer AM3 chip. Unfortunately in addition to the board that meant I had to upgrade from DDR2 to DDR3.

One thing that I really liked are these extension modules that go between the board and various wires. I know you only have to connect wires only once or twice, but it’s nice to have some space to work. 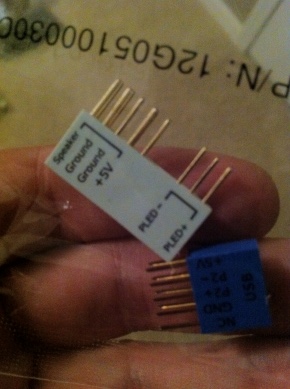 Thankfully, having this on the board will make my return trip slightly easier. My room eerily glows blue as if orcs draw near at night, so I definitely plan on removing whatever wire makes that happen.

I’ve only had a day or two to play around with it, but I do plan on attempting to unlock the other two cores at some point and test for stability. I’ll be pretty pleased with my purchase if I can manage to get at least 3 cores running stable with a slight overclock.