I loved Legos as a kid, and I would probably still play with them today if I had some sitting around. Not sure if I would have had the time, creativity, or the pieces to put something like this together though.

Man on the Moon 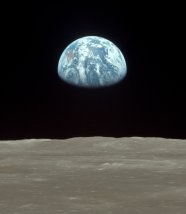 40 years ago, July 20th, one of the most amazing feats mankind has ever accomplished was done so by the Apollo 11 mission; man landing on the moon. I only wish I could have been around at the time to see this amazing feat live, but even 40 years later I am amazed and fascinated that this was accomplished using only 60s technology. Space exploration has made some leaps and bounds with the Shuttle project, and the international space station, but I feel empty considering we’ve all but abandoned missions to the moon. Thankfully, NASA plans to return to the moon by 2020, and I’m excited to see even higher quality footage and photos from those upcoming missions. 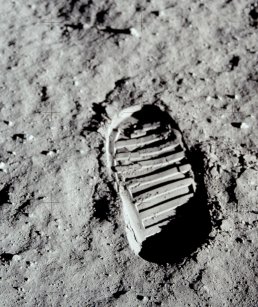 More recently regarding the 1969 Apollo missions, NASA has found the original tapes and has been undergoing a project to restore and update these videos to their original quality. In addition, I highly recommend you check out the Project Apollo Image Gallery providing high quality images from Apollo 11 in addition to all of the other Apollo missions.

If you consider all the factors going into the Apollo 11 mission, it’s quite an amazing feat that I feel will be unchallenged for quite some time. In only a short span of 8 years time from Kennedy’s speech to Congress, to Armstrong’s small step onto the Moon’s surface was the task accomplished. I dare you to find a goal of that magnitude being completed and accomplished successfully in that short time span today. It saddens me that today the world is shrinking and that we’ve almost lost the thrill of exploring the unknown. My hopes is that with the 2020 missions and beyond that ideal will be rekindled again, maybe eventually bringing way to a manned mission to Mars or beyond.

I had this past Friday off due to the 4th of July, and I wanted to try something exciting just in time for summer. I set out to make a Pneumatic Water Balloon Cannon, and here’s the process I took.

The two sources I used to help me build my cannon were, “Backyard Ballistics“, a fantastic book on spud guns and more and “Havok“, which is ultimately the design I ended up closest to. Backyard Ballistics is just a good source of info, but their design for their Pneumatic Cannon was in a T shape, which I didn’t particularly like.

You can really be pretty flexible with the design, it just really depends on what parts you can find, or what you might have readily available. I had some difficult finding some of the parts, but you might have better luck. If you can’t find something you’re looking for, try to be flexible if possible. Also, when looking at PVC pipe be sure to check the pressure rating on the pipe as you don’t want anything exploding under pressure. Mine were rated at 280 PSI @ 70°F, but you shouldn’t have to ever worry about going that high.

Ultimately if you follow the instructions for the Havok, you should ultimate end up pretty close to what I have.

Above you can see the general layout of most everything. It may help if you match up your parts with this picture to be sure you have everything, and double check to see if it is in the right place. If you want to cut up the PVC pipes at the store, here’s the lengths I used for everything. Otherwise you can wait until you get home and use a hack saw or a table saw.

I had some difficulty finding the parts. I looked nearly everywhere for a schrader valve, but no one had one. I eventually found one at Napa Auto Parts, so maybe you might have some luck. It looks like this if you want to be sure you get the correct thing. The 2″ to 1″ adapter was also difficult to find as neither Home Depot nor Lowes had the appropriate parts. I eventually ended up finding some adapters at Tractor Supply Company, so you might could try that.

Surprisingly enough, the gun works very well even at somewhat low PSI. I went out to a football field to do some range testing and was consistently getting 60-70 yards between 55-60 PSI. We tried to shoot even further at higher PSIs, but we were having some difficulty with the balloons bursting. Once I returned home, and with further testing I found out that I was using too small of a bag as a wadding and was able to shoot with a higher PSI once I used a larger bag as wadding.

I also had a lot of left over pipes, so I may experiment as well with some shorter cannons, or even a completely different design. Even though this one looks finished, I may have a few more things I want to do with it. I noticed that the barrel and the compressed air chamber were a little wobbly, so I may put a brace out on the end to help stabilize things.

While not the most impressive video, here’s a small demonstration of the cannon. I believe this particular shot was around 30-40 yards away, but I’ve been able to reach well over 100 yards with some shots.

While not quite a continuation of “favorite places in Birmingham“, I had an idea to go around and take some night shots of some of the surrounding areas of town. It let me know that my aging camera really needs an upgrade (Canon Powershot S2 IS), but in the meantime enjoy the photos!

The highway 280 corridor is one of the busiest areas of town, as well as the most congested. Even at around 9pm, traffic flow is pretty heavy: The Vulcan tends to be a symbol of Birmingham (and also likes to bare some cheek over Homewood, as the saying goes, the moon is always full over Homewood). I wasn’t able to make it downtown before my battery died, but you can get a view of the skyline peeking over Red Mountain. The zoom isn’t quite what I wanted, but I was able to still get a pretty decent shot of the moon atop Shades Crest. These next two shots are my favorites, as both turned out pretty well. I was able to get a fantastic view of Samford University, which looks really beautiful at night.